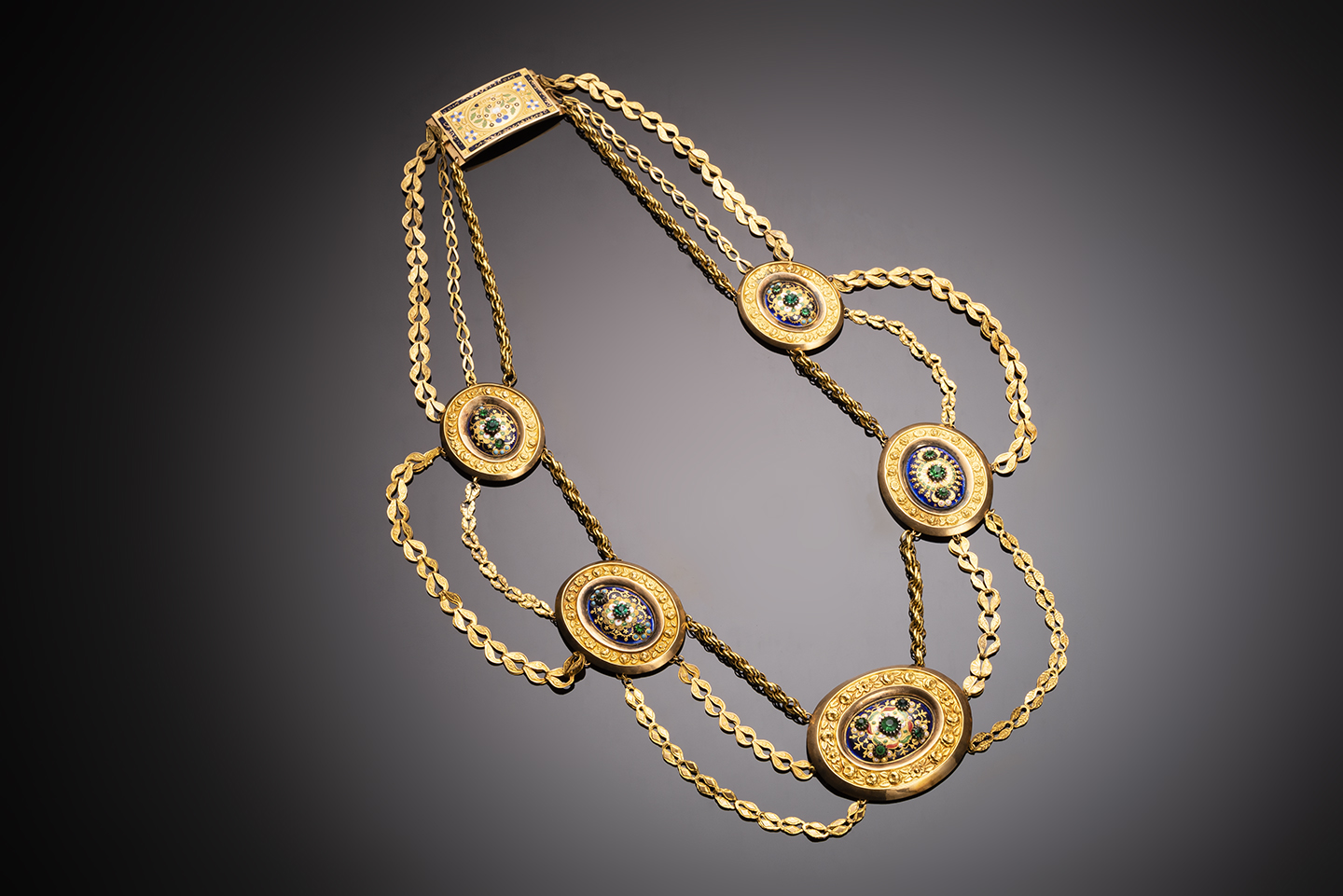 Type of jewelry: Ancient jewelry / Ancient necklace
Period: Early 19th century
Origin: French work
Metal: 750/1000 Gold (18 k)
Guarantee hallmark: ram’s head used in France from 1819 to 1838
Hallmark: V.I.
Total weight (gross): 37.76 grams
State of conservation: Good state of conservation
Bibliographic references:
This piece of jewelery is made up of five Bressan enamel medallions linked by three rows of chains. The padlock clasp has an enamel decoration with the motto « A moi ».
The fashion for the bondage collar was born in the first half of the 18th century. Gradually, its use is spreading within the French peasantry (Auvergne, Normandy, Poitou…).
The materials, the decor, the number of plates and chains varied according to the wealth of the family.
In Bresse, it does not seem to be worn before the 19th century and is coated with enamels. It is offered at the time of the “accordailles” (engagement) by the young man to his fiancée. The qualifier « slavery » would have its origins in the Savoyard and Geneva traditions with reference to the expression « chaining the wife ». In fact, it seems that the abundance of chains that make up this necklace is enough to justify the name.
Often attributed to the peasant women from Bresse who wore it during family and village celebrations, it is not excluded that it was also worn by the wealthy city dwellers of the 19th century.
Bressan enamel is characterized by the application of several layers of enamel. It requires nearly 7 passages in the oven. From the 19th century, the town of Bourg-en-Bresse enjoyed international renown, fueled by the role of universal exhibitions, where Bressan jewelers exhibited their products.
Price: 5380 euros
Reference: 14 129 5

This jewel interests you Contact us
JEWELLERY NEXT
Associated jewelry 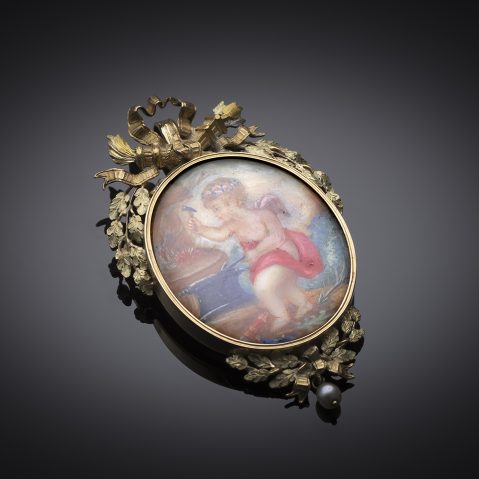 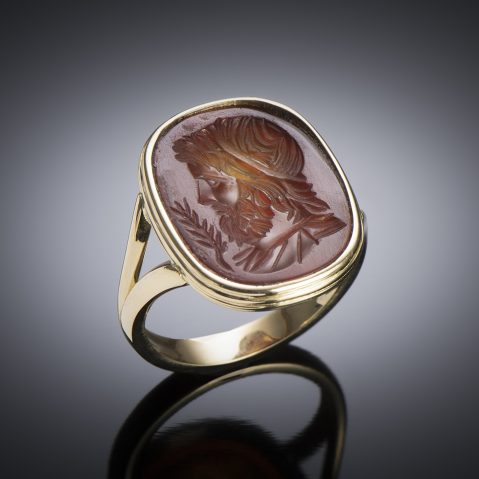 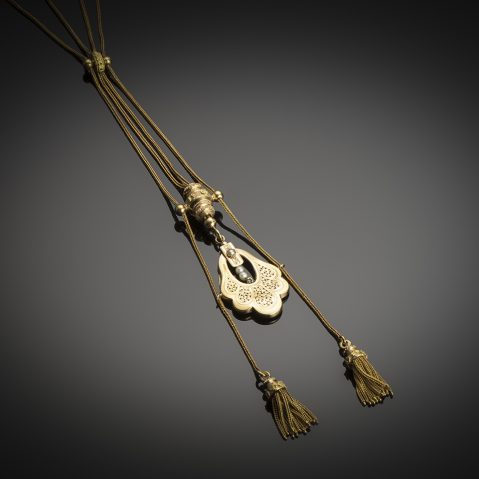